On Wednesday, 18 December 2019, Notre Dame University Bangladesh celebrates its 1st Convocation on its own campus. Dr. Dipu Moni, M.P., Hon’ble Minister, Ministry of Education will preside over the event as chief guest, says a press release. 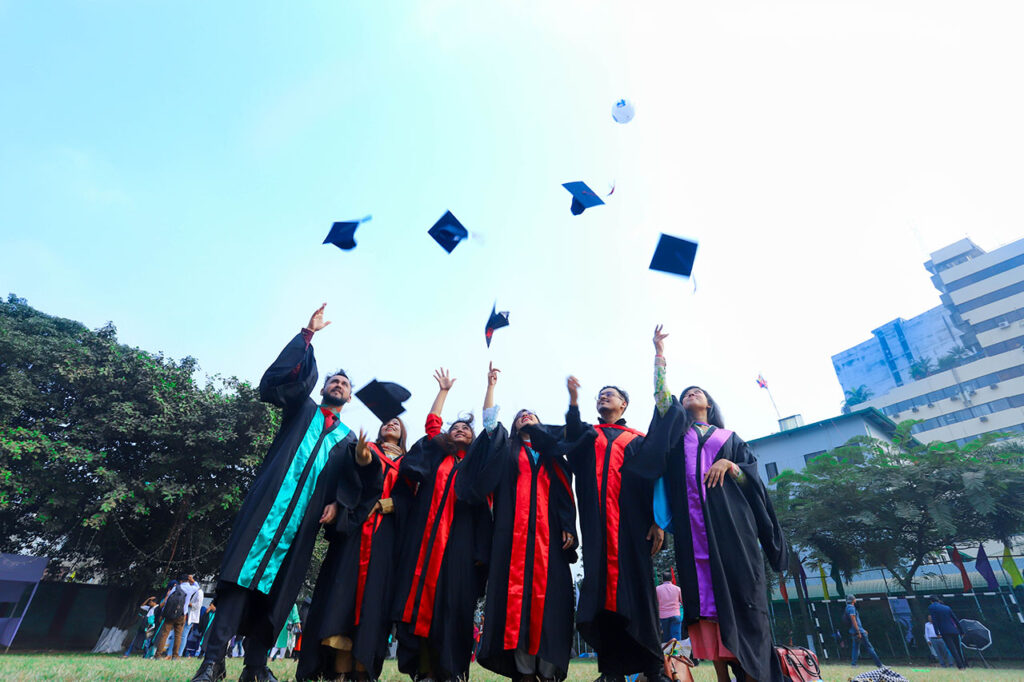 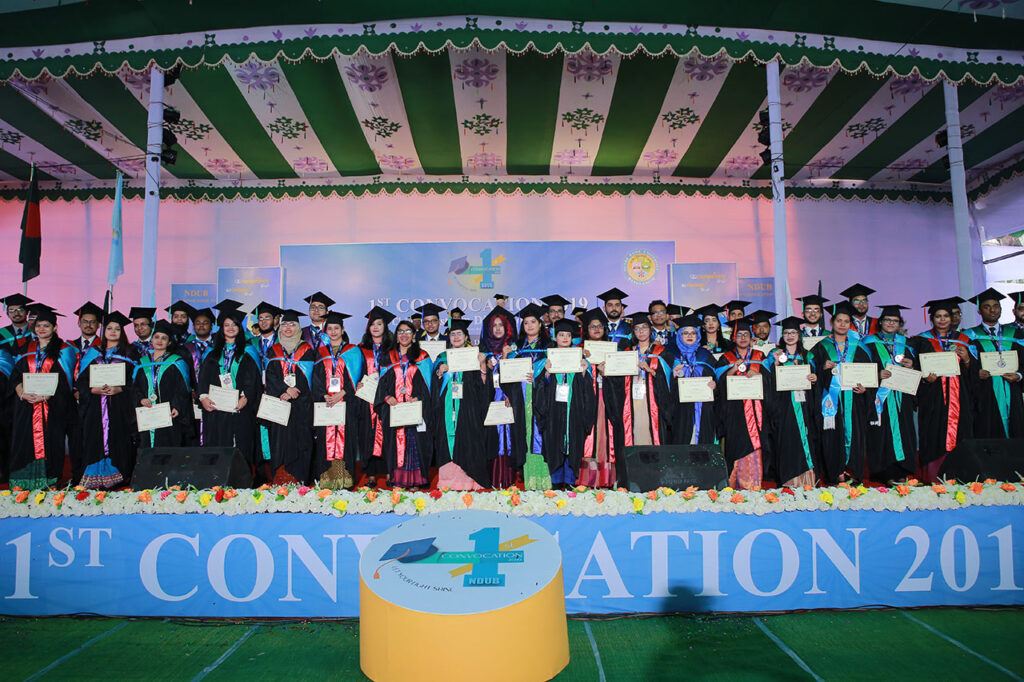 The ceremony will draw the curtain with Alumni Induction, Pledge of Loyalty, and Vote of Thanks by Fr. Adam S. Pereira, CSC, Registrar, NDUB.

Prof. Dr. Fr. Patrick D. Gaffney, CSC, Vice-Chancellor of NDUB asserts, “We marvel to recognize a rare and remarkable event that appears to belong to a really that ignores the clock and disregards the calendar. The graduates who are participating in this ceremony may know this feeling, for a Convocation can be exactly such a memorable occurrence.”

Dr. Fr. Thomas J. O’Hara, former President of King’s College, USA, the keynote speaker of the convocation ceremony, addresses, “Allow me to offer my heartfelt congratulations to all the graduates of NDUB. Having completed your studies, you are embarking on a future that will offer challenges as well as opportunities to test your skills and to try your patience, undoubtedly with many surprises, in the days and years ahead.”

Archbishop George Kocherry, Apostolic Nuncio to Bangladesh wishes NDUB, “Education is an integral development of human personality; besides passing on information, it is also about formation, the development of values, ability to think and judge rightly. Surely the University has tried to inform these students with a good grasp of their particular area of study.”

Fr. Adam S. Pereira, CSC, Registrar, NDUB wishes, “It is a matter of pride to observe this milestone achievement of our beloved university, which was approved by the government and UGC on 29 April 2013 and started its academic journey with 302 students on 3 December 2014.”

Rev. Fr. Robert L. Epping, CSC, sent his greetings message, “NDUB expects you to change the world as much by the sentiments and values inculcated in your hearts as by the ideas that will germinate in the creativity of your minds…Today you gather to celebrate a remarkable achievement and dreams that come true.”

The Congregation of Holy Cross, a Roman Catholic community composed of Brothers, Sisters and Fathers, was founded in France in 1837. One of its major purposes was to bring education to the youth in that country after the terrible disruptions of the French Revolution. There was a special concern for the poor who had been seriously deprived during those troubles.

Within a few years the Congregation had rapidly extended its work outside of France to Algeria, the United States of America, Canada, Italy, and Bengal. With its arrival in Bengal in 1853, then under British colonial governance, the Congregation was entrusted to work in the areas of Dhaka, Chittagong, Mymensingh, and Sylhet, Assam, Tripura, and Arakan (now Myanmar), a huge and diverse area.

With the end of the British Raj and the establishment of independent Pakistan in 1947, the Holy Cross community sought to support the new nation by extending its educational efforts to the intermediate college level (class 11 and 12).

Notre Dame College opened its doors in November 1949, alongside St. Gregory’s High School in Luxmibazar. A year later the college relocated to a pharmacy building nearby at Subash Bose Lane, and two years after that in 1952, Notre Dame College shifted to the newly developed area of Dhaka called Motijheel. One year after the boys’ school had begun, the Holy Cross Sisters began Holy Cross College for girls at Tejgaon in another section of the city.

Two evaluations of Notre Dame College was carried out: one in 1991 and the other in 2008. Both of the evaluations suggested expansion of the Holy Cross Fathers’ education program—both horizontally and vertically. The concept of beginning a university got further impetus when the Catholic Bishops Conference of Bangladesh wrote to the Holy Cross Fathers, urging them to seriously consider starting a university, indicating the work and experience of Holy Cross in other countries and the history of success of Holy Cross in education in Bangladesh from the primary to the college level.

The Holy Cross Fathers decided that they would try to start a very small university and let it grow. The governing body of Notre Dame College enthusiastically supported the beginning of the university and resolved to donate to the university a plot of very valuable land measuring 1.2 acres.

Permission from the government and UGC to establish a university was obtained on 29 April 2013 and academic journey began in December 2014.