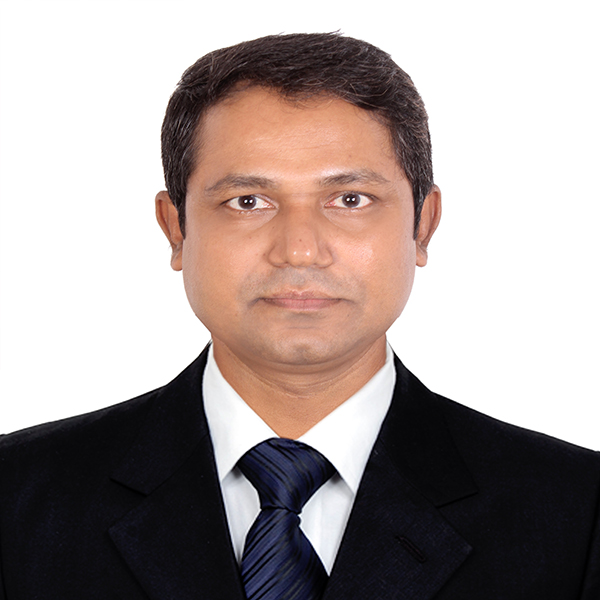 Dr. Vhokto Kumar Biswas was born in Jashore, Bangladesh, and had his early education in his village school. He passed the SSC examination from his village school in Jashore in the year 1992 under humanities background and obtained star marks (793 marks, the highest marks in the center). He passed his HSC examination from Jashore Cantonment College in 1994 and secured 6th position in the Combined Merit List under Commerce Group in Jashore Board. After that, he obtained both BBA and MBA degrees from the department of management, University of Dhaka. Moreover, he has awarded his Ph. D degree under the department of Management Information Systems (MIS), University of Dhaka.

He started his career at the University of Development Alternative and then joined ASA University Bangladesh as a lecturer. Gradually, he was then promoted as a senior lecturer as well as an assistant professor in the Department of Business Administration, ASA University Bangladesh. As his additional responsibility, he worked as a Coordinator of the MBA Program in this university for more than four years. Before that he performed as a Coordinator of the BBA Program in his previous universities. Moreover, he served this university as a convener of Central Cultural Club for more than 10 years.

In his academic career, he performed different roles for the development of his department as well as the University as a whole. He also attended many seminars and workshops at different universities. He is experienced in developing the curriculum of the BBA and MBA Program. He is keenly interested in doing research in the area of management and information systems (IS) in small and medium enterprises (SMEs) in Bangladesh. He has 10 (ten) research articles that have been published both in national and international journals.

Now he is serving Notre Dame University Bangladesh (NDUB) as an Assistant Professor under the department of Business Administration.