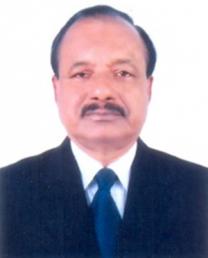 Parimal Chandra Datta passed his childhood days in Manikganj, Bangladesh where he was born and brought up. He pursued his elementary, secondary and higher secondary education in his home town Manikganj.  Then he attended Dhaka University for his graduate and post-graduate studies. He got his Bachelor in Commerce and Master in Commerce in Accounting, from Dhaka University in 1967 and 1969 respectively. Then he pursued his doctoral studies in finance and accounting from Preston University, the USA and got his PhD from there in 2006.

Pedagogy and teaching have been his ever enduring passion and he has been in teaching since 1974 by mentoring and lecturing for post-graduate and undergraduate business students of government colleges and private universities. His notable presence in the academia was as the Chairman of the Department of Accounting, erstwhile Jagannath College and now Jagannath University.  After retiring from the civil/Government service, he joined as Registrar of IBAIS University and Professor, School of Business of this university from 2005 – 2009. Then he became the Dean and  Professor, Faculty of Business, Royal University of Bangladesh from 2009 to 2012.  Now he has been having his academic administrative responsibility as the Head of Department of Business Administration, Notre Dame University Bangladesh and he has been there as a Professor for undergraduate and graduate studies.

Besides, he holds an avid interest in authoring books and published research articles in scholarly journals.  He has authored about twenty (20) books in the fields of finance and accounting for post-graduate and undergraduate levels along with seven research articles.

Besides, his own domain of academia, he has been engaging himself in the corporate world as well. For an instance, he has been augmenting the board of directors of Prime Finance and Investment Limited as an independent director since February 26, 2012.