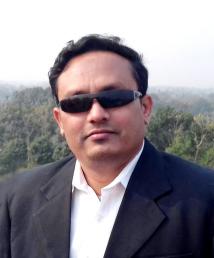 He also achieved PhD Degree from Islamic University, Kushtia under the Department of Accounting and Information Systems on October 29, 2016.He started his career as a Deputy Finance Manager in a renowned N.G.O at Ashulia in the year 2005. After a few months he joined as a lecturer at Asian University of Bangladesh on September 23, 2006 and promoted to the post of Assistant Professor on 1st January, 2013.

After that he achieved PhD Degree and Joined as Associate Professor at Royal University of Dhaka on February 04, 2018. In Royal University of Dhaka he performed as Proctor as his additional responsibility. He was also a Convener of the Internship Program of the said University and supervised many internship reports/thesis papers of the students. In his academic career he performed different activities for the developments of his department as well as the University. He also attended many seminars and workshops at different Universities.
He was adjunct faculty of the University of Asia Pacific, IIUC Dhaka campus, Peoples University, Prime University, Uttara Campus. He has a wide experience about the curriculum of BBA and MBA.
On September 04, 2019 he joined as an Associate Professor in the Department of Business Administration Notre Dame University Bangladesh (NDUB).
Training: He participated of four days series training program on “Teaching Pedagogy” arranged by Institutional Quality Assurance Cell (IQAC) at Asian University of Bangladesh on March 31, May 17, June 2 & 6, 2016.

He has a great interest of doing research in the area of Accounting & Finance. He has more than 12 (twelve) research articles which has been published both national and international journals.