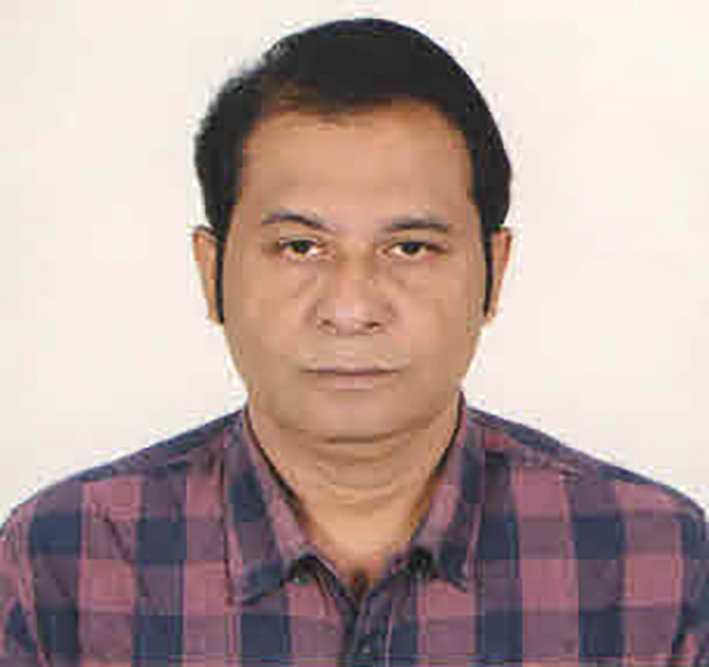 To say a few words as to my diverse background, both academically and culturally, I have been exposed to various cultures through studying literature and language. I studied English as second language at my primary, secondary, and higher secondary levels for at twelve years before I finally moved to the Department of English at the University of Dhaka where I completed my BA with Honors and MA in English literature in 1991 (held in 1994) and 1992 (held in 1995) respectively. Later, I completed my second MA in American Studies (concentrating on American literature, politics, history, and philosophy) at the University of Amsterdam in the Netherlands in 2003.

Further, alongside the Western masters of my English major at Dhaka University, I was drawn to courses on American literature and Continental literature, including Greco-Roman classics in translation. This pattern of thought has been amplified and honed by my graduate program, Interdisciplinary Humanities, at the University of California, Merced (UCM), which sponsored my participation in the 2016 Session of the Institute for World Literature (IWL) arranged by the Department of Comparative Literature at Harvard. This extensive session is comprised of many components embracing social and cultural dimensions of World Literature, which are, by their nature and intent, comparative, diverse, and interdisciplinary as a whole.

As to my interdisciplinary background, I wrote my MA thesis, “Anthropological Traits in Saul Bellow,” at Amsterdam under the advisement of Professor Rob Kroes. The interdisciplinary nature of my work is best illustrated by my debut book Beyond Blurred Genres: Literature, Anthropology, and Ethnography (2011), shedding more light on my attempt to interface literature, anthropology, and ethnography, the praxes of which are (in my eyes) so uncomfortably promiscuous and anxious. Moreover, I have at least eight articles (pertaining to literature & interdisciplinarity) published in peer-reviewed academic journals to my credit.

Moreover, I learnt Bengali, my mother tongue, at all levels of my education before my inception in the Department of English at Dhaka University, where the medium of instruction was solely English. Perhaps, because of my solid foundation in both languages, I can translate from English to Bengali and vice versa with much ease and confidence. Several of my translated articles both in English and Bengali earned admiration from the community of scholars for their transcreativity while retaining the meaning of the original.

As to my career pursuit, my goals are to teach literature, conduct research projects, and publish outcomes of the projects from interdisciplinary perspectives. This objective being at once rewarding and demanding, it is difficult, to some extent, to implement it without some practical experience of teaching and learning. To this end, I took up the challenge of research and teaching in American academia by involving myself with the teaching assistantship (TA) offered by the School of Social Sciences, Humanities and Arts (SSHA) at the University of California, Merced, which enriched and honed me both with theoretical and practical experiences of research and pedagogy.
As an educator, I am interested in teaching modern and contemporary English and American literature, with a special emphasis on modern and postmodern American fiction. Also, I am drawn to modernist, postmodernist, and poststructuralist theories, as well as the theories of cosmopolitanism and interdisciplinarity intersecting such disciplines as literature, political science, international relations, anthropology, and ethnography.