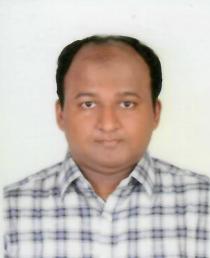 Baizeed Ahmed Bhuiyan was born in Cumilla, Bangladesh. He had his early education in different districts of Bangladesh that include Sylhet, Habiganj and Chattogram City. He has passed SSC from Ispahani Public School and College, Cumilla in 2010 and HSC from Notre Dame College, Dhaka in 2012, both in Science-English Version, securing GPA 5.

He completed his undergraduate thesis work on “Power System Data Compression with Wavelet Transform” under the supervision of Dr. Tareq Aziz, Professor, Department of EEE, AUST. He has authored an IEEE conference paper based on this work.

After completing graduation, he served his alma mater as an Adjunct Faculty Member in his own department for a long time. There he has conducted a wide variety of sessional courses of B. Sc. in EEE programme that include Electrical Circuits-I Lab, Electrical Circuit Simulation Lab, Electronics-I Lab, Energy Conversion-I Lab, Energy Conversion-II Lab, Electronic Circuit Simulation Lab, Numerical Technique Lab, Communication Theory Lab, Digital Signal Processing-I Lab, Control System-I Lab, Digital Electronics-II Lab and Power Electronics Lab. He has conducted some EEE sessional courses offered to B. Sc. in Mechanical Engineering programme like Electrical Machines Sessional and Analog Electronics Sessional there too. He has also worked actively in the re-design of Control System-I Lab experiments and preparing its new lab manual.

As academic achievements, he has been awarded with Dean’s Honor Award and Certificate for being enlisted in the Dean’s List of Honor on the completion of B. Sc. in EEE from AUST. He obtained Government Scholarship in General grade in both SSC and HSC from Cumilla and Dhaka Board respectively. He received “Perfect Attendance Certificate” after completing his Intermediate Studies from Notre Dame College, Dhaka which is an honorable feat for its students.

Besides study, he successfully organized many events like River Cruise, Tech Fiesta, Cultural Program, and Sports Tournament as a member of the respective Organizing Committees in his university.

He has joined Notre Dame University Bangladesh as a Lecturer of EEE in the Department of Computer Science and Engineering in September, 2019.